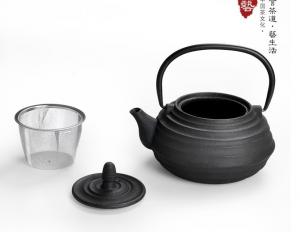 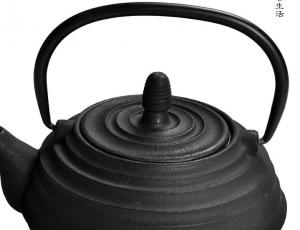 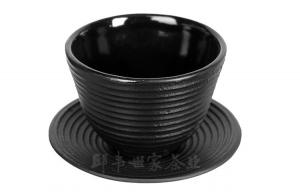 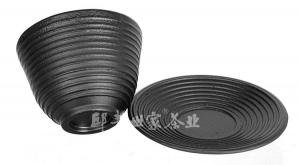 A classic design thread pattern cast iron teapot.it is composed of several layers of hand-applied fine lacquer that is tempered for strength and durability.This thread cast iron teapot will last a lifetime with proper care and evenly distributes the heat for a better cup of tea every time. Enameled on the inside and equipped with a removable stainless steel mesh infuser. Makes up to 700ml of tea.

The first tea sets came from China around 260 BC to 220 BC, during what is called the Han Dynasty. There were two designs of tea sets: white porcelain from the North, and light blue porcelain from the South. Unlike today’s tea sets, these were comprised of bowls instead of teapots, and tea was not a recreational drink, but rather one that was used for medicinal purposes. During the Song Dynasty in China, nearly a thousand years later, the Yixing teapot was created,which was the most famous one.

From the first tea sets of the Han Dynasty to the modern iterations, several core parts remain, with others varying from the different types. The following are the main types of tea sets and their elements:
1. Tea pot
2. Cups (normally six for one unit)
3. A toolkit contains a digger, a shuffle, a funnel, a needle, tongs, and a vase.
4. A brush is used to spread the wasted tea evenly, creating a tea stain on the tray.
5. A clay animal is used as a display object and is considered lucky by Chinese tea drinkers.
6. A tray is used to catch the wasted tea/water.

I brewed tea with it first time today and it keeps the tea warm for very long time. I love the simplistic design , I feel calm looking at it right now. Perfect gift selection from my friend because its elegant, wanted, and shared. From now on I will be enjoying tea everyday!